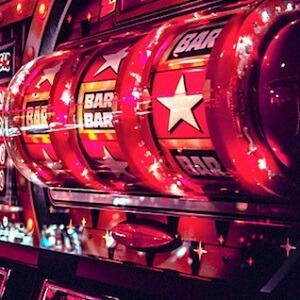 Casino Tropez is all but overflowing with various kinds of pokies. There are so many, in fact, that it can be difficult to know where to start. That’s why we decided to take a dive into the ocean of games, explore, and report back what we found.

Here is a look into the range of pokies available at the site, and a little bit more about the respected iGaming developers that created them.

If you’ve spun a few reels at Casino Tropez, you’ve probably already heard about some of the top contributing developers. Most know Microgaming, a studio that is all but a pioneering iGaming legend. Having originally been established in 1994, Microgaming has been part of the industry since the very beginning. As would be expected, a company that has that many years of experience certainly knows what they’re doing. With hundreds of pokies, mountains of digital table games, and a regular release schedule that is second to none, Microgaming stands proud as a true iGaming leader.

Another excellent contributing studio is NetEnt, who have been around almost as long; 1996. The Swedish based studio also shines bright at Casino Tropez, having revolutionised the industry, and having forged an outstanding reputation in the process. They are known for exceptional high quality, ground-breaking mechanics, and otherwise providing an unbeatable gameplay experience.

Some of the other excellent companies found at the site include Playtech, Red Tiger, Pragmatic Play, Quickspin, Wazdan, and many more.

Standard 5 reel games make up much of the selection at Casino Tropez. These are the sort that most are familiar with, featuring easy to understand gameplay and fun themes. There are 2 types of basic gameplay, cascading reels and spinning reels, but both operate via similar rules. All versions can, however, vary drastically in their bonus mini-games and special features. There are also a ton of themes to choose from, so likely something for everyone.

Progressive jackpot pokies, such as Microgaming’s legendary Mega Moolah, are similar to standard 5 reel versions, but offer the potential for life changing jackpot payouts. Multi millions may be paid out, should a lucky player manage to hit the big one.

Some of the top online pokies picks at Casino Tropez include the Age Of Gods franchise by Playtech, God Storms by Playtech, Book Of Kings by Rarestone Gaming, Blue Wizard by Playtech, 24 Hour Grand Prix by Red Tiger Gaming, and Tiger Claw by Betsoft Gaming.