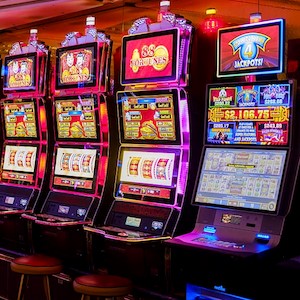 Hamilton City Council is tired of seeing SkyCity casinos giving as little as 0.7% of their pokies takings back to the community while other operators such as pubs return at least 40% of their takings. More than being tired of the discrepancy, the council is trying to change that with a draft submission to the Gambling Commission’s upcoming license conditions review.

According to Stuff, the SkyCity casino in Victoria Street gives 1.5% of its pokies machine profits to the community annually. Unlike Class 4 gambling operators such as pubs, clubs, and hotels, the six casinos in New Zealand are not bound by the law that requires operators to return at least 40% of pokies profits.

SkyCity Auckland gives as little as 0.7% (or at least $500,000) of its takings to charity, and the establishment in Christchurch gives 2.5% of its annual net profit or $250,000. The casino in Dunedin gives 1% of its turnover to a maximum of $110,000 to the community, and the one in Queenstown gives at least 2.5% of net profits or $100,000 annually (whichever is greater). The only SkyCity venue to contribute more than 2.5% is Wharf Casino. The establishment gave 20% of its net profit to the community in its first year of operation, and it added an addition 1% to its contribution every year until it started contributing 30% of its net profit to charity.

Council chief executive Richard Briggs’ draft submission that was due to be discussed at a council meeting last week described the casino’s contribution as being ‘out of sync’ with that of class 4 operators.

Contributions Should Be Standardised

In its submission to the Gambling Commission, the council called for gambling operators’ charitable contributions to be standardised. The submission also asked the commission to set a minimum level of contribution, and to extend the 40% community return to all forms of gambling rather than limiting it to pokies.

Even though the council focused on the relatively small contribution of larger casinos, its submission also criticised charitable contributions from gambling operators in general. It asserted that many community groups had developed an unhealthy reliance on funding from gambling.

In response to questions received from Stuff, SkyCity explained that the annual pokies contribution levels made by its casinos were set by the former Casino Control Authority. Those levels are found in the casinos’ venue licenses.

The operator elaborated that it has four community trusts that fund various local and regional community organisations, and that it goes beyond its license conditions by undertaking various partnerships and sponsorships to contribute to social impact in communities.