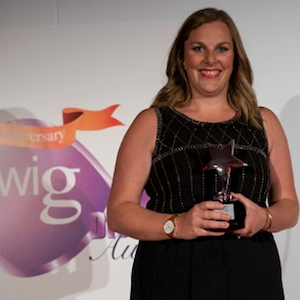 The Rank Group’s Kerry Dawes isn’t merely exceptional at what she does in terms of her official position as Director of Digital Customer Experience, but she’s also a woman able to rally the general workforce around her in a most magnificent way. Thanks to this superb quality of character, Dawes was recently named Inspiration of the Year at the 10th annual Women in Gaming awards.

Dawes, who had been shortlisted for the award together with four others, has expressed her gratitude at having come out on top. She thanked Rank Marketing Director Darren Moffett for having had the measure of confidence in her that he did. Dawes also said that she considered Moffett to be a true mentor and worthy of recognition for the role that he had played in her overall growth and development process.

Dawes also offered up an interesting point of view in terms of her critics. She said that she was grateful even to the critics; as these are the people that had only served to spur her on to perform even more superbly, despite their negative outlooks.

She went on to thank the entire marketing directional team at Rank and said that the value of their support simply could not be measured. She referred to the team as visionary and inspirational and thanked them for having embarked with her on her special journey. Dawes said that women are nothing short of incredible and fully in control of their destinies.

Dawes Inspires Those Around Her

Moffett congratulated Dawes on having won the award said that each year, the award is bestowed on the person most deserving of the accolade. Moffett said that that person was without a doubt Kerry Dawes. He referred to Dawes as an inspiration leader who no doubt inspired in others the same type of drive to perform. Dawes inspired other women just like her to become the best versions of themselves, said the MD.

Moffett said that in addition to being a true inspiration to other women in the gambling industry, Dawes was an inspiration to him personally too. He said that following her career in leadership enabled him to learn much from her regarding the very DNA of superb and inspirational leadership.