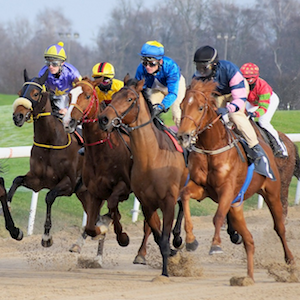 The multi-million dollar machine that is New Zealand horse racing is getting a complete makeover and face-lift come next year. But the industry’s plans remain dependent on whether the necessary legislation needed to authorise the various upgrades and changes is passed before the current year is out. If those driving the change have their way punters will soon not only be able to wager bets on virtual horse races, but the betting industry will also enjoy a major boost to its poker machine holding shares, and by as much as an anticipated 10%.

If successfully passed, the legislation reformation will mark the second of its kind. The proposed changes; including the controversial removal of the current restrictions on the operation of Poker machines by the country’s Totalisator Agency Board (TAB); will not only up the ante in terms of major revenue generation possibilities but has also sparked many questions from the corner of responsible betting and gambling advocates.

Not The First Attempt

The proposed reform isn’t the first of its kind. During the previous round and proposal process, all plans were put on hold due to the expectation that the changes would not bring about the expected boost in revenue at a quick enough pace. The complexity involved with the many aspects of the new legislation, coupled with major industry concerns about the value of a major reform weighed up against the possible pitfalls associated with problem gambling, proved to be the undoing and postponement during the previous round.

All indications are that the industry is this time round better prepared for what is to come in the very likely event that the legislation is successfully passed.

The issue of betting on virtual horse races remains as bone of contention in New Zealand. The country’s Department of Internal Affairs has in the past taken major issue with the activity as the races are generated by a computer and are as such not considered to be real races.

On the up side, the department has said that it isn’t in principle opposed to virtual races but that the inclusion of computer-generated races into existing legislation remains a complex and lengthy issue and one that has not yet been practically fully resolved.