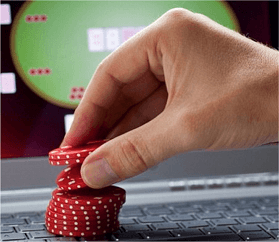 A report on the Participation of Australians in Online Poker has been released by the Senate Standing Committees on Environment and Communications. The purpose of the report was to determine whether or not the legalisation of online poker in Australia would benefit citizens, and it also acknowledged that the game could be considerably less addictive than other iGaming products.

The report did however warn that the legalisation of local online poker should only take place after comprehensive research has been conducted, both into its benefits and the risks that it may pose to Australian poker players.

Online casino games are illegal in Australia, and have been since the Interactive Gambling Amendment Bill 2016 was approved by the Australian Federal government. However, despite this nationwide ban on online gambling, the country’s online poker community has continued to battle to maintain its right to play and exclude the game from the banned iGaming services list.

Local players have even gained the support of politicians, including Senator David Leyonhjelm, who has become one of the most vocal proponents for online poker in recent months. Earlier in 2017, Leyonhjelm was given approval to launch an inquiry into the online poker industry that allowed both opponents and proponents of the games’ legalisation to share their opinions.

Based on input from many hundreds of online poker customers, many of whom are professional or semi-professional players, a special committee compiled a report that offered both findings and recommendations for Australia’s future online poker market.

The report acknowledged that many local players and their earning capacities have been affected by the online gambling ban, and that some may turn to grey market operators in order to play their game of choice. It also highlighted that proper regulation of poker could prevent the black market’s expansion and protect players from the risks of fraud or other gambling-related crimes.

Certain submissions argued that poker is a game of skill, and that players can spend long periods playing it without spending significant amounts of money. Proponents have also pointed out that poker is less likely to cause gambling-related harm than other online casino games.

The committee recommends that extensive research be carried out, and a decision made based on the effects and possible impacts of online poker legalisation. The report has also advised that legalisation should not occur before the National Consumer Protection Framework is completely implemented in order to protect gambling customers across all channels.

Lastly, the committee is encouraging the Department of Social Services to support a study into the benefits of the current iGaming ban, as well as those of the potential liberation of the online poker market.