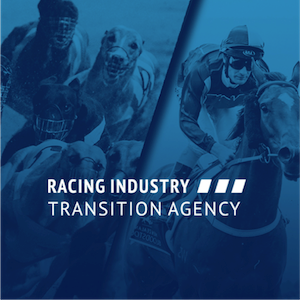 Earlier this year, RITA (the Racing Industry Transition Agency in New Zealand) announced a target for pre-distribution profits for the fiscal year ending on 31 July 2019. Unfortunately, they have missed this target. However, John Allen, the chief executive officer for RITA, has stated that it is not all bad news for the agency and he is still optimistic about the future of horse racing and betting in New Zealand.

The figures showed that RITA’s overall turnover for the fiscal year was actually 1.2 percent higher than the previous year at $2.77 billion. It was a lower betting margin for this most recent year that has caused the agency to miss their target for pre-distribution profits. They only achieved 12.1 percent as opposed to the 12.7 percent achieved in the previous year.

There have been some big changes in the racing industry and the sports betting that goes along with it in New Zealand in this last fiscal year. RITA replaced the old New Zealand Racing Board and there have been a number of regulation changes, which resulted in the Racing Reform Act coming into being at the end of the fiscal year. In January 2019, RITA also launched their new online platform for Fixed Odds Betting. This has seen impressive results and boosted overall turnover in the six months it was operating out of the year. The platform was due to launch earlier in the fiscal year but was delayed.

The government has also invested heavily in the industry to turn it into one that can compete internationally at the highest standards. This has resulted in higher expenses, but is worthwhile, as the changes have already started to show positive results in the short time they have been in place. Allen commented that due to these investments, he does not believe that their failure to hit their target this year will become a trend.

RITA saw higher than expected costs in some areas, which all contributed to their missed target. Higher international racing expenses were one of the points noted in the agency’s financial report. They were, however, able to offset these costs by lowering their expenses in other areas, such as marketing and sponsorship. In total, the agency’s combined operating costs were lower than the previous year by 0.9 percent. With so many new elements in place now to boost the industry, the agency is confident that they will see a marked improvement in their profits moving forward.