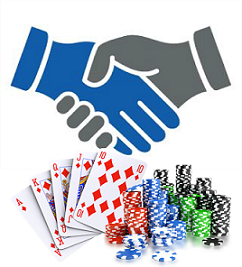 Global gaming giant Scientific Games (SG) has now announced a new acquisition, which is expected to further its potential for growth in the coming years. SG has revealed that it will be acquiring the Las Vegas-based Blackjack specialist Tech Art Inc., with the purchase being processed for an undisclosed cash consideration.

Under the terms of the acquisition deal between the two firms, SG will officially take ownership of Tech Art Inc. and all of its gaming patents once the purchase has been concluded. Furthermore, SG will also gain access to all of the latter company’s Blackjack gaming products, which it may soon begin to offer to its own players.

SG To Receive Rights To All Of Tech Art’s Products

Tech Art, which was established in the state of Nevada in 1989, is one of the largest worldwide providers of Blackjack hole-card readers, with a massive market share in the very field that they themselves created through the invention of the innovative MAXTime device.

MAXTime is a system used by land-based casinos to improve the security of dealers in live Blackjack games, and the creation has taken hold in hundreds of casinos across the globe since it was released onto the market. Furthermore, Tech Art also has a portfolio consisting of a number of table games, including Bet the Bust and Super Fun 21.

In a statement regarding the new deal, Scientific Games noted that there will be opportunities to market Tech Art’s MAXTime 4H system on a worldwide scale through its own ‘expansive distribution network’. This, SG noted, will help casinos across the globe increase their Blackjack play speed, and also improve the security of their Blackjack games.

The statement also noted that the planned acquisition of Tech Art is yet another demonstration of SG’s dedication to providing solutions that help it to better partner with its casino customers, as well as offer the widest possible portfolio of cutting-edge gambling products in the industry.

September has been a seemingly busy month all around for Scientific Games, who also recently announced a massive $631 million acquisition deal for the purchase of fellow gambling technology firm, NYX Gaming Group. Furthermore, it was just a few days ago that SG announced a $350 million financial package of promissory notes that would be used to fund the aforementioned acquisition.