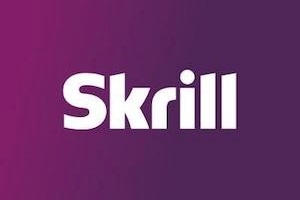 Until recently, players who use Skrill to make casino payments were limited to a single currency, but that has changed. The web wallet service announced that it has launched a multiple currency feature.

The news means that using the service has become much simpler for those who want to play pokies or make online payments in more than one currency. The new feature is available only in Skrill web wallets, and not those of its sister company, Neteller. Both brands are owned by the Paysafe Group.

Big wins AWAIT! Sign up at an ONLINE CASINO.

Before the launch of the new feature, the only Skrill users who were able to use multiple currencies were those who had achieved the service’s Silver VIP level. The feature has now been extended to all standard accounts.

Previously, if casino players wanted the option of multiple currencies, they would have needed to create several different web wallets with the service. A different currency would be linked to each of those accounts. Now, however, the new feature means that only one account is needed.

When creating a Skrill web wallet, players can select a main or default currency, and they can store additional currencies as alternatives. If players want to add even more new currencies at a later date, they can do so when making a deposit with a credit card.

One of the benefits of setting up a new currency account is that conversion fees will not be applied to funds such as online casino withdrawals received in the web wallet. If players continue using their old accounts, funds received will be converted into the primary currency, and a conversion fee will be applied.

Conversion fees will be applied to Skrill MasterCard and to cryptocurrency conversions irrespective of whether players have new or old accounts. Those conversions are connected to the core account and the primary currency.

Another Innovation For Skrill

The multiple currency feature is the most recent innovation of which casino players can take advantage. In 2018, Skrill made it easier for players to purchase various cryptocurrencies using Bitcoin.

The service allows cryptocurrency purchases to be made without the need to convert Bitcoin into regular currency first.