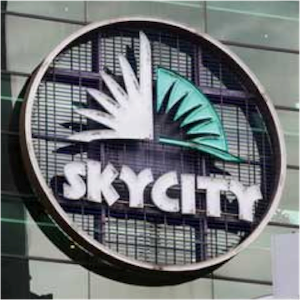 SkyCity Entertainment Group has confirmed the sudden resignation of board member Richard Didsbury. Significant to note is the fact that Didsbury had been tasked with overseeing the development of the casino operator’s convention centre. The massive fire that that caused major delays last month, broke out whilst the project had been under the apparently not-so-watchful eye of Didsbury.

The official statement released by SkyCity Entertainment however cites the reason behind Didsbury’s resignation as that of avoiding a possible conflict of interest resulting from his role as chair of private consortium the Northern Express Group. It isn’t clear why this wasn’t considered a problem at the time of the controversial figure having initially accepted the last in of the two positions.

Was Didsbury Behind 4% Drop?

What Didsbury’s involvement in the project did achieve on the financial front, made all the worst by the blazing fire that nearly laid to waste the NZ$703 million construction project, was a 4% drop in share value. It isn’t yet clear the effect that Didsbury’s resignation has had on the overall share price, but the expectation is that the motion will restore a measure of market confidence in the group and the development overall.

SkyCity wasn’t keen on revealing too many more details surrounding the member of the board’s resignation, but the general market assumption is one of the enterprise having had protracted discussions with Didsbury regarding the circumstances surrounding last month’s fires and the latter in all likelihood having made the decision to leave of his own accord in order to avoid the red-faced shame of being asked to take his leave from the company’s ranks.

No Word From The Man

Didsbury hasn’t yet revealed any information to the media regarding his resignation and the expectation is that no explanation will be forthcoming anywhere in the future. The reality of the matter is that fires are often classified as natural disasters and that it isn’t a thing set in stone that Didsbury had at any point been negligent regarding the guardianship of the project.

SkyCity will on its part be eager to allow the entire ordeal to blow over without any further ado and as such it isn’t exactly an uncommon occurrence for the company to be handling the release of the information regarding Didsbury’s resignation in the particular way that it has. Which is, if a single phrase had to be applied, “short and sweet”.

SkyCity has not yet let on about whom Disbury’s replacement will be.