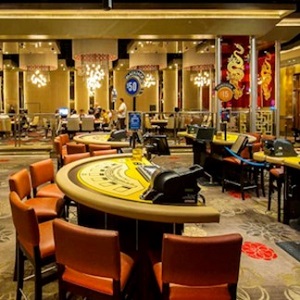 In the latest land-based and online casino NZ news, New Zealand-based SkyCity Entertainment Group has announced that it will permanently cease all of its dealings with junket operators. The Group has made the decision to instead bring all of its international VIP operations in-house.

Effective immediately, the decision to ban junkets has been brought about following the conclusion of a strategic review into the company’s International Business division.

In February, it was announced that SkyCity Entertainment Group would be holding a strategic review of its operations. This announcement came less than two weeks after the release of the Bergin Report. The report, which comprised 751 pages, detailed an inquiry into allegations of money laundering at Crown’s casinos.

It found that Crown had breached its NSW casino license by agreeing to sell just under 20% of its stake in the company to Melco Resorts & Entertainment, a casino operator based in Macau. The inquiry also focused heavily on Crown’s junket partners’ alleged ties to Asian crime syndicates, as well as the 2016 arrests of Crown Resorts staff for illegally promoting gambling in Mainland China.

After Crown was ultimately deemed unsuitable to hold a land-based and online casino NZ license in the state of New South Wales, SkyCity Entertainment Group made the decision to review its strategy and overall ties to junkets as a whole. In an ASX announcement made on Tuesday morning, SkyCity expressed its determination to permanently cease dealing with all junket operators with immediate effect.

In its announcement, SkyCity Entertainment Group also added that it will be consulting with the relevant online casino NZ regulators in New Zealand, particularly in the regions that it operates, which includes Auckland, Hamilton and Wellington. It will also consult with regulators in Australia, where the Group just recently completed an upgrade of AU$330 million to SkyCity Adelaide.

The Crown Resorts group has already announced its own ban on working with junket operators in the wake of the Bergin Report. In the meanwhile, regulators in Western Australia, the home of Crown Perth, have implemented their own junket ban. The Bergin Report’s recommendations also included a ban of junkets through New South Wales, although local authorities have yet to implement any such measures.

Looking for the top online casino NZ? We’ve got them ALL here!