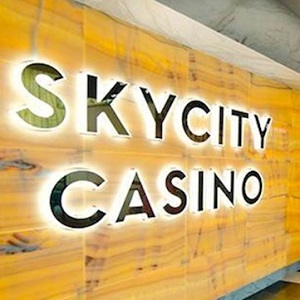 It has been a turbulent time for casino company SkyCity Entertainment. In a long line of troubles, including multiple forced shutdowns due to the world health crisis, the group has now also announced a massive corporate reshuffle.

It was recently revealed that a number of key executives within the corporate structure will be stepping down. Though, an appropriate replacement has also been announced for the CEO position at least, keeping the group in a fully functioning state.

Those stepping down include the chief marketing officer, chief financial officer, and chief executive.

Standing CEO Graeme Stephens will officially be leaving his position on the 30th of November 2020. Though, it won’t be a quick departure. It was revealed that he will stay on in a supporting role, ensuring that newly appointed CEO Michael Ahearne settles in.

Ahearne, who is climbing the ladder from his previous role as chief operating officer, stepped into his new shoes on the 16th of November 2020.

Additionally, Rob Hamilton has resigned as chief financial officer, but is only officially leaving come February 2021. Liza McNally has also decided to depart, who is resigning as chief marketing officer, and will be on her way come March 2021.

As to why such a major shuffle is occurring, the casino company isn’t specifically saying. But what is known is that the SkyCity board will be collaborating closely with the new Michael Ahearne, with the aim of setting up a new internal hierarchy.

However, the massive internal fluctuation isn’t the only challenge facing the casino group. It was also revealed that the Adelaide arm of the conglomerate will again be forced to close its doors, following an announcement from the South Australian Government. The lockdown is, of course, the result of the ongoing world health crisis.

Thus, from the 19th November there will be another period of shutdown for the SkyCity Adelaide, expected to last for a total of 6 days. This follows a period of several months of closure that happened earlier in the year, resulting in devastating losses for the group.

But despite the obvious impact of the health crisis, the corporation managed to post revenue growth of 26.8% for 2020.

On closer inspection, however, it can be seen that the numbers only climbed due to an insurance payout. As far as actual income is concerned, the SkyCity Adelaide casino saw declines of 18.7% in game console income, and declines of 25.6% in table game income.