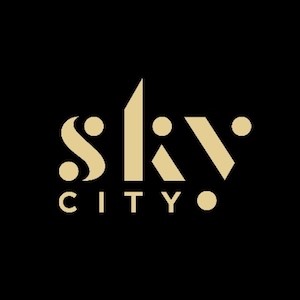 New-Zealand’s Auckland-headquartered gambling operator SkyCity Entertainment Group has announced improved performances when compared to initial reopening projections previously made following an extended period of closures across the entire spectrum of its casino facilities. The group’s portfolio of entertainment and accommodation venues scattered across Auckland, Queenstown and Hamilton reopened on May 14th. Its Adelaide Casino, however, remains closed. This is due to combination of repair and development works being performed on-site, and the South Australian government’s three-phased reopening strategy.

Despite the after-effects of travel bans and physical distancing guidelines restricting business support to domestic and certainly limited capacities, SkyCity establishments have reported results classified by the casino group as “pleasing”. Pokies machines have proved top performers, while table games; though off to a slow start; have proved successful at a roughly 50% rate of return to ‘normal’ business.

The casino group has however expressed its concerns over hotel revenue, which includes revenue derived from food and beverages. Hotel revenue is necessarily seeing a slow return due to ongoing industry-specific restrictions. SkyCity Group expects this to remain an ongoing situation and concern, given government’s reopening timelines.

In fact, the current situation surrounding hotels is expected to last well into government’s Level 1 alert level. The country is currently subject to Level 2 restrictions, but these are expected to be re-evaluate during the course of the coming week. International borders are likely to remain closed for quite some time yet. The anticipated reopening of the trans-Tasman border is however expected to bring about a small measure of commercial relief to hotels countrywide.

The casino group has said that while reopening performances have been better than expected, it still has no other choice but to focus on smaller business activities focused on domestic markets instead of international market support. For this reason, SkyCity has decided to go ahead with the previously announced termination of at least 700 jobs.

The ongoing health crisis has since mid-March’s shutter orders wreaked havoc on SkyCity Group’s casino operations in New Zealand as well as Australia. The group previously described the planned layoffs as having been the result of an incredibly difficult, but sadly unavoidable, business rescue decision. The largest portion of the proposed layoffs remains applicable to SkyCity’s Auckland division of business.