SkyCity Casino To Lay Off Workers 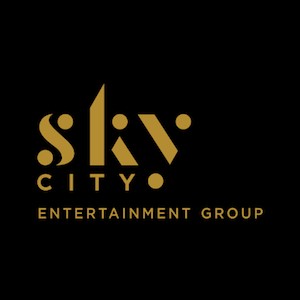 Casino operator SkyCity Entertainment Group has announced that it expects that even more layoffs may become a reality due to the current global economic crisis. Once cleared to resume trade, the operator will turn its focus to what the group describes as a smaller domestic market. To this end, it estimates that it may have to terminate the jobs of at least 700 of its employees.

SkyCity earlier this week updated shareholders, investors, employees and the local market on progress made relating to the group’s attempts to limit its ongoing damages brought about by a nation-wide trade hiatus. Current global circumstances necessitated a mid-March stop-trade on all of its casino operations in New Zealand as well as Australia.

Not An Easy Decision

The group at the time of the announcement described the seemingly inevitable decision regarding massive staff-cuts as having been a thing of incredible difficulty. There does not at this stage appear to be a workable alternative other than to make significant cuts to its work force and operating costs.

The initial expectation; as recently as a little over a month ago; was that no more than 200 members of its workforce would eventually face termination of employment. The affected workers were at the time all employed at its Adelaide-based casino (Australia). In a desperate attempt to avoid in excess of 700 people losing all means of a livelihood due to redundancies, the group at the time called on its remaining employees to accept a 20%-cut to their usual salaries. This has obviously proved insufficient relief in a worsening economic landscape.

The largest portion of the number of people to be laid off are employed by the group’s Auckland leg of business. Its Auckland casinos currently employ roughly 3,000 employees, which basically means that nearly 10% of employees at SkyCity’s Auckland-based casinos now face a desperate situation of possibly losing their jobs.

According to SkyCity CEO Graeme Stephens, layoff processes will be finalised over the course of “some weeks”. Stephens also said that management would do everything in its power to ensure that the layoff processes are conducted in as painless as possible a manner.

SkyCity expects to be permitted to recommence its New Zealand operations later on this week, albeit on a much smaller scale than before and with a significantly reduced workforce.