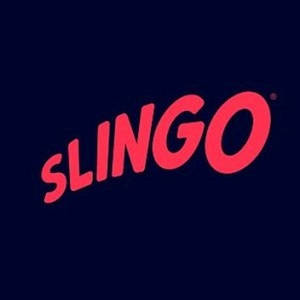 Popular Kiwi casino Royal Panda NZ showed its keen understanding of players by including a range of Slingo games in its burgeoning collection. The games bring together elements of pokies and Bingo to offer players a unique entertainment experience.

The gaming site offers original titles as well as Slingo editions of some of the most popular online pokies.

There are two main sections on the Slingo game screens at Royal Panda NZ, one of them being a Bingo card, and the other being pokie reels. The Bingo card is a 5x5 grid that contains several numbers, similar to the cards used in 75-ball Bingo games. The reels feature a single row of numbers and symbols.

The goal of the game is to mark numbers off on the card by landing them on the reels within the game’s time limit. In addition to producing numbers, the reels can also produce symbols such as prize-awarding coins, Free Spins, Wild Jokers, devils that halve the coin win score, and angels that neutralize the devil.

In most games, players receive a maximum number of spins, which usually is 16. If they mark off 5 numbers horizontally, vertically, or diagonally, they’ll achieve a Slingo. Players will win a prize for every Slingo they achieve.

Players must use accumulated coin wins to buy the last 4 spins of the game. Alternatively, they can use accumulated Free Spins. The casino games offer the biggest prizes for a full house, which is when all numbers are marked off.

Whether original titles from Gaming Realms or Slingo versions of pokies created by other studios, the games at Royal Panda NZ feature immersive graphics and special effects. They’re compatible with computers and Android, iOS, and other mobile devices.

Slingo was created in 1994 by Sal Falciglia Sr., a real estate developer based in New Jersey. He went on to establish Slingo, Inc., the company that produced more versions of the game and marketed them to casinos online.

RealNetworks acquired the company for $15.6 million in July 2013 and sold it to London-based Gaming Realms in 2015.

Royal Panda NZ is one of the best online casinos to offer Slingo to Kiwi players. The brand launched in 2014, and it is licensed and regulated by some of the world’s most trusted jurisdictions, including the Malta Gaming Authority and the UK Gambling Commission.

Along with Slingo, the site offers pokies, table games such as Roulette, Blackjack, and Baccarat, live dealer games, and more. The casino is encrypted, and it offers 24-hour support, which means players can play with peace of mind.