Spotlight on Strange Superstitions Around the Globe 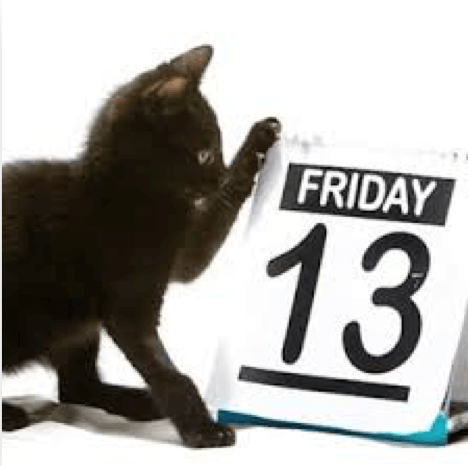 Do you carry a lucky rabbit’s foot, knock on wood, throw salt over your shoulder, or avoid the number 13 whenever possible? Chances are, you’re not alone, and your superstitions are the same as many the world over. While there are some incredibly common superstitions there are also some that are less so, and it is important that you know what these are, so that you don’t invite bad luck in when travelling. For example, leaving your shoes upside-down in Egypt is frowned upon, and whistling inside a house in Russia is almost a mortal sin; and let’s not talk about how bad an idea it is to leave your handbag on the floor in Poland!

To make sure you don’t make a faux pas and upset those who believe in talisman and traditions, we’ve rounded up the weird, the wacky and the wonderful superstitions from all corners of the globe.

Put Away the Clippers

In many places, from Turkey to India, it is considered bad luck to cut your fingernails (or toenails!) at night. This superstition is so strong that there is even a Japanese belief that if you whip out the clippers after the sun goes down, it will lead to a premature death. This may sound a little silly, but in the past knives or other sharp objects would have been used for trimming nails, and darkness plus sharp knives and a lack of medical access may have led to a deadly infection.

Fill Up With Wine

In Germany, if you want to wish death upon someone it is as simple as toasting them with water. This superstition is derived from the ancient Greek myth that told the tale of dead spirits drinking from the river Lethe. The Goddess Lethe was the keeper of the river of forgetfulness. She would cause spirits to forget their earthly past before passing into the underworld. So, when in Germany, make sure your glass is full of real spirits when you toast!

There is an old wives tale that says that if a bird flies into your house, it brings bad luck, especially if it lands on the back of someone’s chair, and then departs. This signifies that the person will soon meet their death and has been observed since the 1800’s, when birds were considered dirty creatures that carried diseases. There is also the superstition that if a bird poops on you it brings good luck and riches. This is because the odds of being pooped on by a bird are as slim as you winning the lottery, so if you’re lucky enough to get pooped on, you may be lucky enough to strike it rich too!

Gamblers are notoriously superstitious, and there is a myriad of strange beliefs that surround card and dice games. Superstitions, lucky talismans, and zodiac signs have often been the subject of pokies games too, with many gamblers looking for specific symbols to tie in with their beliefs when playing. In Asia, red is considered an extremely lucky colour as it is a sign of joy, fortune and good luck, and this colour features heavily in many games. Almost everywhere in the world. Counting money at the table is also frowned upon, for multiple reasons. It’s considered showy and boastful, and if you engage in this practice your riches will be lost, as you don’t deserve them! From wearing lucky underpants and only donning a certain pair of shoes as they have brought about big wins before, gambling superstitions abound.

Baying at the Moon

In Argentina, it is believed that all seventh sons will turn into werewolves, unless the country’s president adopts them! This superstition stems from Russia as the custom is for the Tsar to be the godfather of any 7th sons born, and 2 immigrants brought the belief to Argentina in 1907. Today, it’s such a strong believed superstition that the last Argentinian president adopted a boy as her godson to ensure that come full moon, he didn’t turn!

Fishermen are another superstitious bunch; with lucky hats and lures all believed to enhance the chances of a record catch. In Ireland, fisherman have several superstitions, so if you are going fishing make sure that you avoid unlucky words such as pig, cat, hare, goat, rabbit or fox, or talking about red haired women! All these words are said to bring about bad luck as they refer to forms that witches could take, and simply saying them on board a fishing vessel could mean a day without a single catch. Irish fishing superstition also forbids fisherman from seeing a priest before they set off, as the god the clergy worship is different to the pagan god of the sea, and they don’t want to upset him.

If you want to stay lucky on your travels, make sure you heed these superstitions. And remember, if you are in Sweden, step on the manhole covers with a K if you’re looking for love, and when in Nigeria don’t kiss a baby on the lips - unless you want them to grow up to be a drooling adult of course!