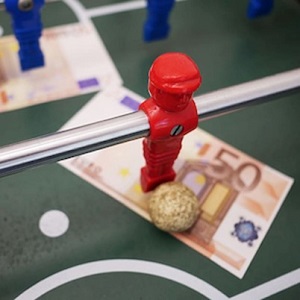 TAB NZ, the national sports betting agency, has announced who will be part of its new Board. This is the final step in the initiation of its new structure and the new members will be taking over the reins from the Interim Board. After the Racing Industry Transition Agency completed its work, the Interim Board took over.

The new appointments bring a pool of relevant knowledge to the new Board.

Mark Stewart, the new Chairman, is accomplished in both Regulation and Sports and he will be joined by Jason Fleming and Paul Bittar. Fleming has worked intensely with Class 4 Gaming and has a governance-level knowledge of the sports betting and Racing industry. Bittar has had practical contact in both the executive and the governance sectors of not just New Zealand, but Australia as well.

Alongside Stewart, Fleming, and Bittar, Raewyn Lovett and Wendie Harvey have also been named as new Members of the Board. Lovett is a Sports NZ Director and Harvey currently works as a Gambling Commissioner.

New Zealand Racing Minister Grant Robertson made the announcement of the new appointments, saying that the new Board will benefit greatly from the fine work done by the Interim Committee which has operated since August last year. He called the step a significant one for TAB New Zealand and thanked the Interim Council for their performance.

TAB NZ Chairwoman Liz Dawson joined Minister Robertson in complimenting the work of the Interim Board. She noted that the team had focussed on creating the best possible framework for incoming Board members. This is how they will be able to ensure that the sports betting organization remains well placed when it comes to tackling the challenges ahead and transforming them into opportunities instead.

Chairwoman Dawson additionally commented on the fact that two Interim Board members will be moving forward as part of the new Council. Anna Stove and Bill Bernie will be carrying over and this, says Dawson, will provide much-needed continuity. Stove brings her involvement in the Commercial Racing sector to the table and Bernie has experience in Auditing, Risk, Racing, and Sport.

Dean McKenzie, Chief Transition Officer, called attention to the positive financial underlying support that TAB NZ enjoys and how this will affect the new Board’s standing. He stated that the agency’s dispensation to both the Racing and Sports sectors are likely to see a sharp increase in 2022. He explained that the additional sports betting revenue that has been a result of radically improved margin performance is the main reason for this.

Bet on sports ONLINE! Sign up at a leading sportsbook today.