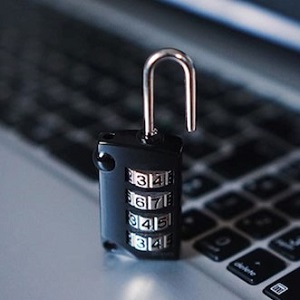 Tasmania’s sole land-based casino operator late last week suffered a security breach and cyber attach so serious that it had no other option but to temporarily close down two of its gambling venues. The Federal Group has since confirmed that cyber-attackers had gained access to their internal pokies systems network via ransomware – and that the cyber bullies are now demanding an amount to be paid in return for unlocking the casinos’ computer systems.

The group also revealed that investigations into the attacks remain ongoing – and that both internal as well as external processes are underway so as to determine the point of breach as well as a possible remedy and counterattack. The venues’ pokie machines and systems are already longer than 10 days being held ransom by the cyber-attackers.

The group has said that it is at this stage not yet certain whether or not any personal and/or credit card details belonging to customers have been leaked as a result of the onslaught. The incident itself has however now been contained, and according to group Executive Director Daniel Hanna, the matter is receiving urgent attention from the Australian Cyber Security Centre. The centre is reportedly now working together with local law enforcement authorities so as to resolve the matter and possibly bring the culprits to task.

What’s emerged most prominently of all from the latest attacks is just how unprepared Tasmanian casinos are for cyber-attacks of this nature and scope. According to former federal senator and Tasmanian minister Terry Aulich, Tasmanians seem to still hold the view that “bad things” only happen overseas – and in and to other countries. Aulich said this made of Tasmania a soft target across the board and that more vigilance is necessary and urgently so.

Ransomware such as that probably installed on the casinos’ systems is installed for the sole purpose of extracting from the systems’ owners/operators a monetary amount in return for the release of personal and oftentimes financial information.

Systems are often locked until such time as payment has been made in ransom, or the perpetrator’s own software has been penetrated by law enforcement cyber authorities. Those who hold the owners of systems ransom in his way will often threaten businesses in the worst possible way – i.e., to release customers’ financial information to cyber-crooks with ill intent.

At most online casino NZ sites, the security is strict enough to prevent attacks, and this case seems isolated. Players who enjoy gaming online simply need to stick to safe and secure sites like the ones we recommend for complete peace of mind.