Technology And The Future Of Food We are currently living smack bang in the middle of what is considered to be the fourth industrial revolution. Whilst necessity is the mother of invention, humans can become exceptionally focused and driven when they set a clear goal and then proceed to work towards that. Love it or hate it, technology is changing the way we live. From the way we play casino games online to the movies and media we view, to just about everything else, technology has an impact in one way or another.

As with most things, there are valid arguments for, as well as against, rapid technological advancement. Some will say there really is no need for any concern; technology is all about making life easier and better for everyone. Others, intimidated by the rise of the machines, will warn sternly against allowing technology to get the better of us by becoming overly dependent on the fruits of its labour.

A New Way Of Living

Conspiracy theories aside, technological advancement makes life a great deal easier. It bears an important influence on our core activities and needs. One of the most crucial aspects of everyday life is nutrition. We cannot live without food. This having been said, most industries involved in the production of food realise that if we are to inhabit the planet for the foreseeable future, we will have to rethink the way in which we produce food.

As it stands currently, agriculture is already the number one threat to our rivers, coastal environments and overall water supplies. The fact that we have grown into the habit of converting forests into farmland doesn’t bode well for a healthy and sustainable environment. The costs to long-term environmental health are huge and the dividends only but immediate and very small.

The answer to our unique predicament? The implementation of an improved means of applying technology in order to produce food in a smarter, more environmentally friendly way.

Producing smart meat is the way to go. When considering that 75% of all agricultural land is being used for grazing and the growing of animal feed, one starts to get a grip on the importance of meat in our diets. When considering the impact that this has on the environment, with animal feed producing at least 18% of all green house gases, one starts to realise the need for smarter meat.

Growing meat artificially by using animal cells instead of real animals, will considerably reduce the emission of green house gasses, as well as lowing the burden on real live animals, who are often found to be suffering in our quest for better and healthier nutrition.

The Sky Is The Limit

It’s a fact: city life isn’t always pleasant, mostly due to the fact that cities are commonly dull and grey and nothing to look at. But what if we could introduce the element of green and life to cities by growing food on rooftops and even city pavements? 70% of all people live in urban environments already, we might as well apply technologies like aquaponics and vertical farming in a more focused and directed manner. What’s more, producing the food right where the people are will cut transport costs by a considerable measure.

What’s The Deal With Allergies? 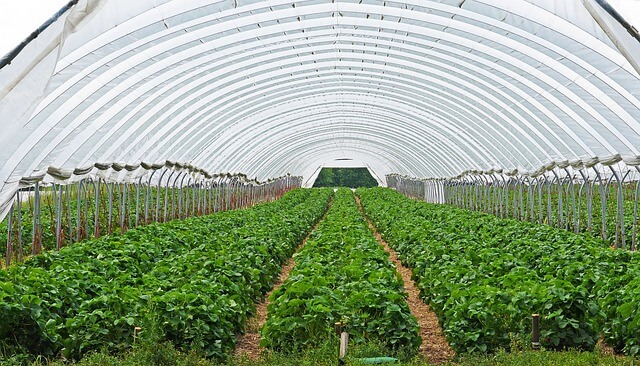 Food allergies are a worldwide pandemic. It’s a scary notion that mostly, we have no idea what we are consuming. We may be aware of what the end-product is, but we mostly have no idea what the core ingredients of most products are or what the production processes were. It’s no wonder then that we battle to get our allergies under control. We can, after all, only manage what we know.

Enter the food scanner. No working hand-held concept has been developed as of yet, but many tech companies have started to toy with the idea. Canadian company, TellSpec, is currently in the process of developing a hand-held device that will be able to identify everything from the actual ingredients in food right down to the macronutrients present in those ingredients.

Many foods that we will be consuming in the future do not even exist as of yet. As we move forward into a more sustainable future, technology and technological advancement will lead the way to true nutrition.