The Evolution of Artificial Intelligence

Artificial Intelligence (AI) is best defined as the thinking behaviour demonstrated by machines. It was officially established as a field of research in 1956 during a conference at Dartmouth College, but it has links as far back as the mythology of the Ancient World.

People have always been fascinated with creating sophisticated minds, and the attempts of classical philosophers to describe human thinking as a mechanical manipulation of symbols culminated in the creation of the Digital Programmable Computer in the 1940s. This ultimately inspired the idea of building an electronic brain.

The field of AI has had man 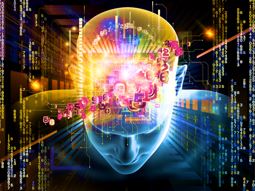 y highs and lows, and has proven to be far more complex than first imagined. It’s evident in many areas of our daily lives, from Internet searches to the autopilot function on an aeroplane, and in electronic personal assistants such as Siri. As far-reaching as it is, many industry experts predict we are on the brink of AI moving to the next level.

Good examples of how Artificial Intelligence is getting more sophisticated can be seen in the world of online gambling. While software developers use it to ensure fairness, as seen in all the casinos at Cherry Rush, the only fully dedicated casino app store, players are using it to place better wagers, play better hands and win bigger payouts.

Up to this point, players have used computer programmes to statistically analyse what the best move would be in a game like Poker or Blackjack, or have created their own bots to automatically play hands online. Operators of online casinos have historically turned a blind eye to this, since the bots were not particularly effective.

However, the University of Alberta recently created a poker-playing bot that is unbeatable at Limit Hold’em. Using another new branch of research called Swarm Intelligence, the bot seeks to enhance rather than amplify human intelligence. It operates on the principle that groups are better at making decisions than individuals, and has also accurately predicted results of the 2016 Oscars and Kentucky Derby, among other events. 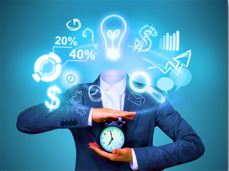 Bots or stats programs are less effective in games such as slots that are based purely on chance, where no real algorithm can be predicted or calculated. It seems that these reel-spinning games remain perennially popular due in part to their completely unpredictable nature, and the fact that stats don’t have much effect on results.

With the success of AI systems growing in the online gambling world, casino operators may no longer be happy to let players exploit these as they try to win. The new wave of these systems is seen in many other ways as well, taking over not only physically demanding jobs but also repetitive tasks such as call centre assistants and those that require data processing.

The way we live, work and play is already shaped by technology in so many ways and with the introduction of Artificial Intelligence into daily life, we are sure to see the use of technology grow exponentially in the future.