The Force is Strong – In Your Backyard! The incredible little machines, which fit comfortably in the palm of your hand, are very authentic and provide another way for Star Wars aficionados to enjoy the franchise. They are just as much fun as playing your favourite space-themed online slots game, as they also give you a chance to immerse yourself in another world and engage in an intergalactic battle in the comfort of your own home!

Be One with the Force

The models in the range, all powered by lithium-ion battery packs, are a 74-Z Speeder Bike, as used by the Imperial Army in the Battle of Endor, the X-Wing, the Millennium Falcon and the TIE Fighter. Up to 24 models can fight each other in the air at a time, and they can shoot lasers and perform tricks such as mid-air backflips and 360-degree turns at the push of a button.

All of the machines use 4 propellers that are located below the body rather than above it. This means they can’t be seen when the drones are airborne, which is more faithful to the visuals of the movies and should feel more authentic to fans. This placement also created more downward thrust, which allows the tiny crafts to reach maximum speeds of more than 35 mph. 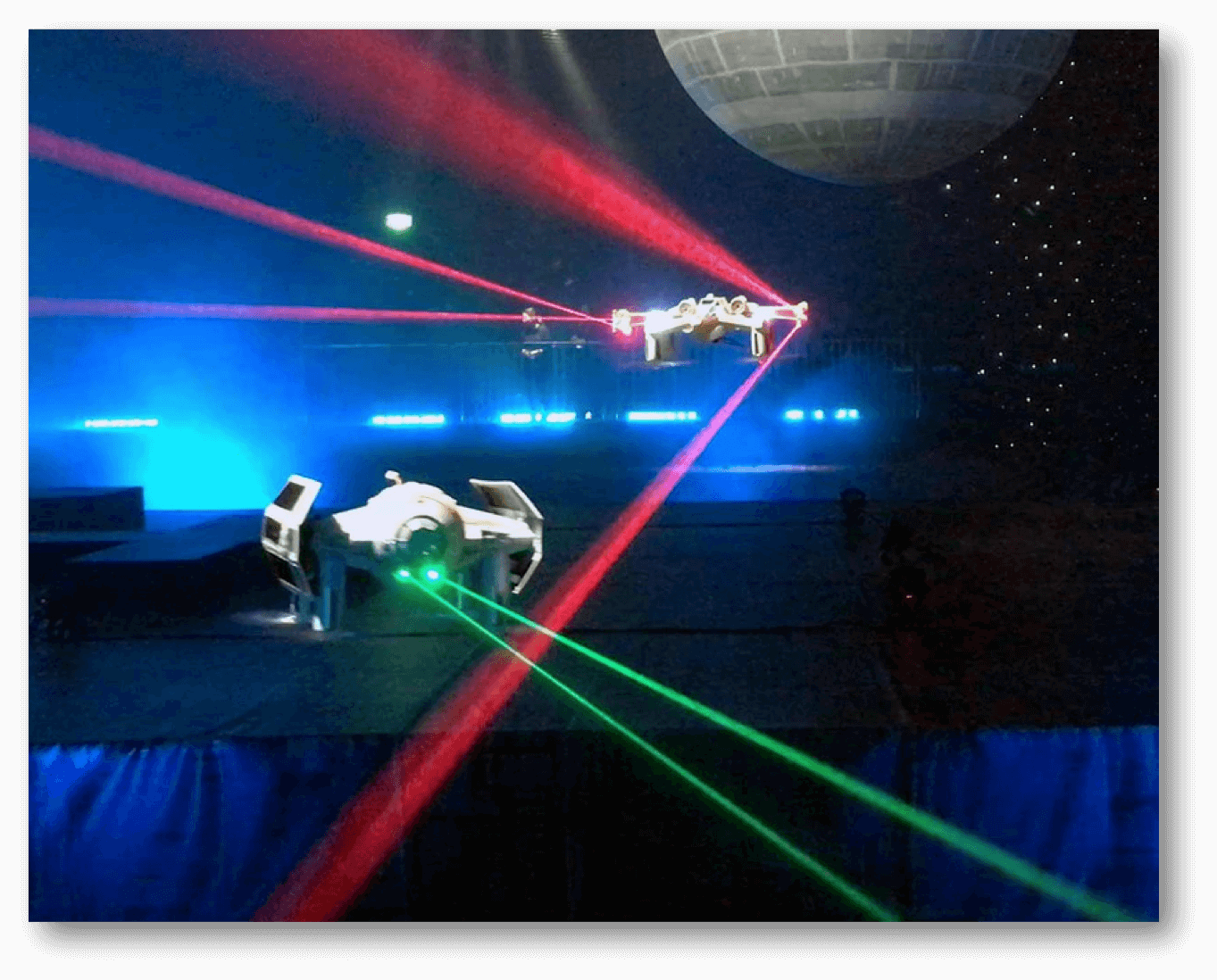 agine a Star Wars fan that wouldn’t want at least one of these new drones, and the good news is that almost everyone will be able to get their hands on one. They can be pre-ordered from the Propel website now to be shipped by the end of the year, and will only set you back GBP200 to GBP300. For the amount of thrills and genuine enjoyment they are bound to deliver, most Star Wars aficionados will consider this a bargain.

Fans in North America will have to wait a little longer as the drones are not yet available in this region, but the anticipation might make playing them even more fantastic when they do arrive. Either way, before long the force is going to be with everyone who wants it, more strongly than ever before.