Best Online Casino Streamers In May 2021 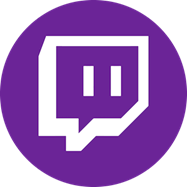 Imagine being able to stream all the best online casino NZ games in front of a live virtual studio audience – and getting paid for it too! To many an gambling enthusiasts this would be akin to living the ultimate dream. Very inspiring is that there are actually people out there who are doing exactly that, with online casino streamers now a real trend attracting literally hundreds of thousands of viewers to platforms like Twitch every month. Find out more about this hot new trend in our 5 minute read.

Finding the best online casino streamers is as easy as signing up for a free user account on Twitch and entering a simple search for “pokies” or “slots”. Great news too is that there are quite a few pokies streamers to choose from - and there’s undoubtedly a personality and presentation style out there for everyone.

Below are just some of the streamers making waves on Twitch right now.

Although his subscriber-base is smaller than some of the other more recent additions to the streaming movement, his fans are loyal and regularly active.

If winners were determined by sheer numbers, which some may argue that they are, then m0E_tv is the undisputed popularity champion of the genre on Twitch.

Currently topping the subscribers-list at an impressive 841,000 followers on Twitch, m0E_tv is also quite the Mr. Popularity on YouTube, where his list of subscribers is now a sterling 583,000 people long.

Bidule is the king of online casino streamers in France. His channel appears dedicated to online pokies, but he’s an avid streamer of table games and other related content also.

He also happens to hold the current record for the most subscribers tuned in at any time for watching live casino gaming entertainment – a whopping 40,000 people.

ClassyBeef, a group of pokies streamers sproviding Twitch live action from the island of Malta, although new to the scene, already has 120,000 subscribers – and counting – going for them.

They’re a passionate and energetic young force and a great addition to the exciting world of Twitch.

Play online pokies at TOP casinos. Sign up and get spinning!