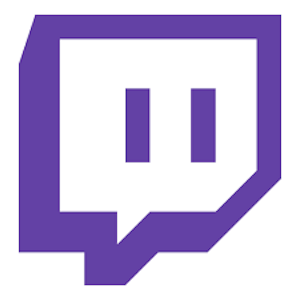 Most of us are familiar with Twitch by now. For the benefit of those who are not, it is an online streaming platform. Its most notable quality is the ability that it has bestowed on online Poker players to connect with the world around them, specifically with fans and fellow players. Twitch has created a medium for social interaction, constructive criticism, and not of least importance, a virtual space for teaching. Now however, it is being plagued by what have been named “viewbots” and it seems like certain casinos are taking advantage of what it has to offer.

Twitch won the Poker Innovation or Initiative of the Year award at the 2015 American Poker Awards, and it really doesn’t come as even a bit of a surprise. It’s added value to the game of Poker, and has revolutionised the entire social as well as competitive scene for gamblers around the world.

It must at this point be mentioned that the platform wasn’t created exclusively as a Poker-streaming service. Many spectators interested in following Blackjack action and pokies tournaments, also make use of it for their daily dose of casino action, as do those who enjoy watching non-gambling related video game streams from Fortnite and other such popular titles.

As is the case with most sub-categories functioning within any industry, Twitch has received its fair share of criticism. Mostly due to the fact that casino operators have been suspected of having been involved in boosting viewerships, mostly by making use of visuals of pokies games in progress, where the player is never shown on the actual screen. In other words, only the pokies game is in view.

This obviously defeats the entire purpose of the platform, where the main aim is connection and a possible learning curve. Even more annoying is the fact that the chat function during these seemingly unmanned gaming sessions, appears to be automated. Conversations and comments stream across the bottom of the screen, but often at a dizzying speed; so much so that the conversations can’t be followed at all.

Rage Against The Machine

Whoever the views-boosting culprits are, legitimate users have had enough and are crying foul. Casino operators are now being openly accused of running fake sites, complete with fake users commenting on the fake action, in order to drive popularity figures.

Twitch has embarked on a major mission to try and eradicate the no-good-doers, but it’s proving to be a difficult task. This particular house of cards appears to be standing quite firm and only time will tell if it can be pulled down.