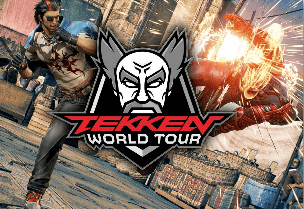 While video gaming streaming has always been a booming business, eSports is catching up at an unprecedented rate. eSports has become so popular its even making it’s debut at the Olympics, and it’s fan base is growing at an incredibly rapid pace. While traditional game streaming covers massive multiplayer online games like World of Warcraft, or team-based titles like Blizzard Entertainment’s smash hit Overwatch, video game streaming platform Twitch has teamed up with Bandai Namco to put a whole new spin on the industry.

Twitch’s latest partnership is set to give fighting-style video games – and more specifically, the upcoming addition to the Tekken franchise, Tekken 7 – a fighting chance in the world of video game streaming. Until now, fighting games seem to be underrepresented in the streaming industry, but the firm hopes to change that with an enticing prize pool and a tie-in with the launch of a much-anticipated new game.

Twitch announced its partnership with Bandai Namco just a few weeks ago, at the same time as revealing a brand new eSports league dedicated to Tekken 7. The league has since been dubbed the Tekken World Tour, and will see various host competitors from around the world battle it out in a new tournament exclusive to the popular game streaming hub.

Tekken World Tour To Kick Off In Orlando

The first season of the Tekken World Tour is set to kick off in just over a week on June 16, a date that in itself is a little over two weeks past the video game’s release date of June 2. The season will last a total of six months, during which time competitors will stand the chance to win their share of a whopping $200,000 prize pool.

The first Twitch-hosted Tekken 7 tournament is scheduled to be held in Orlando, Florida, at the local CEO Fighting Gaming Championships. By June the 30th, the tour will have travelled across the ocean to Doha, Qatar, and on July the 1st, the event and its party will hit the shores of Phuket, Thailand.

Fighting Hope For The Industry’s Future

Fighting video games such as Street Fighter and Tekken are massively popular throughout Asia, with South Korean and Japanese players making up an impressively large portion of that fan base. However, these games have yet to generate a notable audience when it comes to streaming, especially when compared to industry behemoths like DOTA 2 and League of Legends.

However, fighting game fans should not lose hope just yet – South Korea is so hooked on fighter titles that it even has its own local show dedicated to Tekken eSports, titled ‘Tekken Crash’. Tekken Crash has already enjoyed hundreds of thousands of views by online enthusiasts, showing that the industry is far from non-existent if you know where to look.

Twitch has also had big success with similar initiatives in the past, with the Rocket League PS4 game providing an excellent example. Last year, Twitch kicked off a three month-long season for the game that offered a modest $75,000 prize pool. The streaming hub’s Rocket League is now currently in its third season, complete with a generous prize pool of $300,000 and thousands of avid viewers to boot.