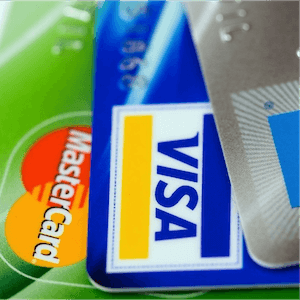 The gambling industry appears to have become the UK government’s latest scapegoat. It all started with the levying of sky-high taxes as well as a major crack-down on fixed-odds betting terminals, but that’s apparently not where the buck stopped, with Labour Party representatives now having fixed their collective gaze on bets placed by making use of a credit card.

Tom Watson, the Labour Party’s deputy leader, recently elaborated on the party’s intention to institute a new set of laws pertaining to the local industry. One of the proposed provisions is a complete ban on the use of credit cards as a means of tender when making a deposit at a land-based or online casino. Watson said that the newest proposals were formulated after a year long, in-depth review of the industry. According to party representatives, gambling poses a grave danger to the country’s citizens, mostly because few realise the dangers thereof.

Watson describes problem gambling in the country as a very hidden epidemic.  He points out that the best course of action, according to the Labour Party, would be a serious and immediate one. Furthermore, the party contents that there are not nearly enough measures in place to protect vulnerable members of society from the pitfalls posed by an addiction to the luck of the draw.

Reckless Spending on Credit an Issue

According to Watson, the actual problem is the fact that UK citizens are prone to spending money that they do not have. By placing a ban on credit card transactions as far as they relate to deposits associated with gambling activities, the party hopes to curb this kind of reckless spending. According popular perceptions, players are racking up debt in an attempt to happen upon a windfall, alternatively, to chase their losses.

According to statistics published by the United Kingdom Gambling Commission, players in the UK charge a collective £8.6 billion to their credit cards every year. In the event that the proposed law is successfully passed, it will mean a massive loss of revenue income on the parts of online casino operators.

Football Sponsorships Up Next

It certainly does not help that the estimated number of problem gamblers in the UK currently exceeds 430,000. This only serves as further ammunition for the party, who also hopes to pass legislation imposing a ban on football sponsorships by casino or betting companies.