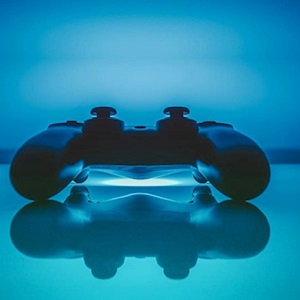 The online casino industry has been experiencing an enormous growth trajectory over recent years – and it’s a growth profile anticipated to continue and become even more steeper still in the foreseeable future. But according to a recently published new analysis, if the industry is to really reap the full benefits of this ongoing growth, not to mention reach its full potential, then it must align itself with the mainstream video games sector.

The analysis takes into account certain “gaming” age groups, and with a particular focus on those between the legal age of gambling (either 18 or 21, depending on region) and 29, i.e.  the average age of the typical video-gamer. This age group, according to the analysis, also happens to spend much less time engaged with online casino games than what they do with mainstream video games. And the reason for this is thought to be that online casino games oftentimes don’t have the same racy appeal than what do conventional non-gambling video gaming titles.

The Key Is Entertainment

The remedy, so opine the authors of the analysis, is for online casino games studios to take a page from the book of video games creators – i.e., to create content that is engaging at a much deeper and more absorbing level.

This will ensure the making of casino games that will appeal to much wider and mainstream audience of online gamers – instead of the focus being merely on those already interested in gambling games right off the bat.

It must however at this point be said, and so the analysis also suggests, that some online casino games makers, and particularly studios based in Europe, have started to recognise the gap in the market. As a result, these studios have started creating games that appeal to a new sort of gamer – one interested in both video games as well as the benefits to be had from a well-designed online casino title.

The premise for this “migration” in terms of design and features is one of a new and intense focus on the entertainment factor, instead of only exclusively punting titles as games from which money can potentially be won. The shift is all about feeling out the demands of a global gaming audience – whether video games or casino games – and making the necessary changes in order to meet those demands head-on.

Play the BEST real money casino games! Get in on the action NOW!