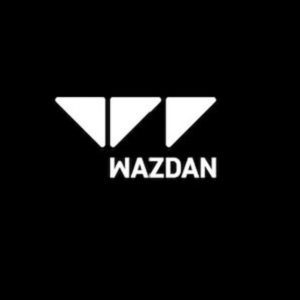 Wazdan Ltd, the online casino game developer based in Malta, has announced that it will enhance its Hold the Jackpot portfolio. This comes after the developer enjoyed success with a series of its recent online pokies NZ releases including Clover Lady, Sun of Fortune, Unicorn Reels and Burning Stars 3.

The Hold the Jackpot feature has proven to be popular among Wazdan’s fans in New Zealand and worldwide. As a result, production of this feature is now set to be scaled up so as to be incorporated into upcoming titles Poroserity Pearls, Fortune Reels, and Midnight in Tokyo.

After three re-spins, the Hold the Jackpot bonus round is triggered. The re-spin count, which is automatically set to start at three, will reset if a new symbol appears. This makes the feature even more exciting. Furthermore, the mechanic helps to create an immersive gaming experience for online pokies NZ players.

In a company press release, Wazdan explained that the four upcoming releases are all set to incorporate the feature, which has been well-received across the globe. Andzej Hyla, the company’s Chief Commercial Officer, said that Wazdan is thrilled to be able to add more to its roadmap.

Unicorn Reels was the first game to introduce players to this hugely popular feature. The game challenges players to discover 25 unicorns hidden in an enchanted forest. The title has five reels and 10 paylines. Players are given a clear ladder system that allows them to see their progress.

Clover Lady, which was released in February, also let online pokies NZ players get to know the feature a bit better. This game boasts bonus symbols that award players with up to four jackpots. It also introduced multipliers that took the form of Direwolf symbols. Furthermore, it allows players to boost their wins, which could lead to payouts of as much as 3,500 the original stake. The game’s bonus round happens on a grid made up of 18 smaller reels.

Wazdan’s other notable online pokies NZ releases include Burning Stars 3 and Sun of Fortune. The former affords players the opportunity to enjoy fast-paced play and a possible win of up to 2,187 times their original wager if they are able to activate the grand jackpot.

On the other hand, the latter boasts mini, minor and major jackpots. Once the bonus round ends, all of the player’s prizes, including jackpot symbols, are collected and totalled. If players are able to fill up 16 reels, they are awarded the grand jackpot of 1,000 times their original stake.

Spin the reels and WIN! Hit the jackpot with top POKIES online.