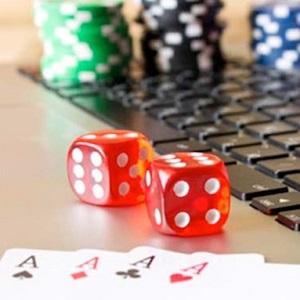 The online casino NZ and Australian markets have much to teach European markets, and this is evident even as Australia may be preparing to crack down on unlicensed sites. Reports suggested that the potential crackdown was prompted by sites that aren’t licensed by the Australian Communications and Media Authority (ACMA).

Although battles against unlicensed casinos online are usually described as being in players’ best interests, that may not be the whole truth. The Asia-Pacific region’s online gross gambling yield was estimated to be between $65 billion and $90 billion annually. If a large chunk of that is being generated by sites that aren’t licensed by Australia’s (or New Zealand’s) regulator, it means those governments are losing out on a significant amount of tax dollars.

Whatever the Australian government’s intentions, the online gambling industry in the region has important lessons for markets in Europe and other parts of the world.

In 2019, reports claimed that New Zealand’s gambling regulator was looking into the possibility of banning the use of credit cards at online casinos NZ players have access to. The Australian government reportedly also is considering creating clear rules regarding credit cards and gambling online. The enquiry committee is expected to submit a final report by the end of July.

The United Kingdom and Germany have already banned the use of credit cards for making deposits and withdrawals at casinos online. Spain’s also considering such an approach. However, when it comes to the rest of Europe, other markets have different approaches. This is partly due to the European Betting and Gaming Association’s arguments against banning credit cards.

One of the lessons to be learned here is that a single approach to using credit cards may be helpful in that it can help protect players, especially those who rack up debt due to not gambling responsibly.

Just as in Australia, online casinos NZ facing sites are governed by a single regulatory framework. This means players in their respective countries have relatively clear ideas about what’s permitted and what isn’t. Australia’s iGaming market is regulated by ACMA, while New Zealand’s is regulated by the New Zealand Gambling Commission.

Europe’s iGaming market consists of 27 members of the single bloc, each of which has its own regulatory framework – and some of those frameworks are vastly different to others. Those differences are especially noticeable when you compare the markets in Western Europe with those in the east of the continent. This can make it difficult for European players who travel to or through other countries to know what their rights and responsibilities are. It may be time for EU members to work toward establishing a single gambling regulatory framework for Europe.