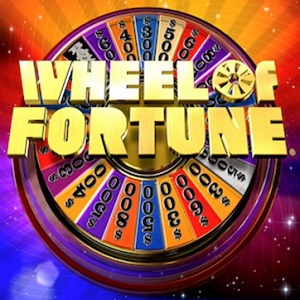 Sony Pictures and International Game Technology (IGT) have just announced the 25th anniversary of Wheel of Fortune, their top-performing game. This game was released in 1996 in Reno and has since turned into one of the world’s most popular pokies games. Since its initial launch, the game has helped to shape the casino industry through its regular entertainment and impressive features. It is also well-known for its jackpots, which have been life-changing for numerous players across the globe.

Not only has this pokie been able to provide millions of players with joy and excitement, it has also served as the inspiration for many other games that have followed.

A Hallmark Of Gaming

Renato Ascoli, IGT’s Chief Executive Officer of Global Gaming, has said that Wheel of Fortune has become something of a hallmark of its gaming, lottery and PlayDigital product portfolios. These games have changed the industry based purely on the merits of excellent performance, sizeable jackpots, quality engagement and vast customer affinity.

Over the past 25 years, Wheel of Fortune has also been able to evolve into something of a pop culture pokies icon. This is in part thanks to the highly skilled work of IGT employees around the world and the firm’s partnership with Sony Pictures Television.

What Has Wheel Of Fortune Achieved?

To date, Wheel of Fortune has amassed some notable achievements since it was first launched in 1996. So far, the game has created over 1,100 new millionaires, delivered over $3.3 billion in jackpot rewards, diversified and added more than 250 different kinds of Wheel of Fortune pokies and delivered its single biggest jackpot of $14.4 million in 2009. One lucky player, located in Biloxi, Miss. took home the massive prize.

Suzanne Prete of Sony Pictures Television SVP Global Licensing & Brand Management said that for the past 25 years, IGT has managed to artfully capture the fun, excitement and authenticity of the game. Vanna White, the Wheel of Fortune hostess, expressed that it has always been an honour for her to work alongside the talented team of developers at IGT. She said that to this day, she still marvels in the brilliance of the Wheel of Fortune games whenever she walks through a casino.

Wheel of Fortune’s capacity to entertain players across all locations, generations and channels have all contributed to making the game the most successful one of all time throughout America and beyond.