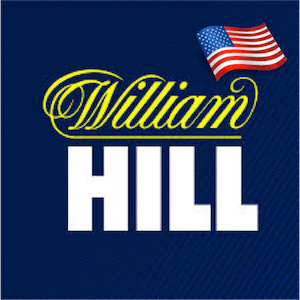 Of late, life for London-based bookmaker William Hill has been anything but a walk in the park. The gambling giant was hit hard in February when it was slapped with a hefty £6.2m penalty fine by the United Kingdom Gambling Commission (UKGC) for failing to adhere to anti-money laundering and social responsibility guidelines and regulations.

To add insult to injury, the bookmaker received a stern wagging of the finger by the Advertising Standards Authority (ASA) after one of its advertisements relating to bonus payouts was deemed to create the wrong impression among players.

The company’s woes were only getting started as soon after, Australia hit down hard on betting operators and bookmakers by prohibiting credit-betting companies from operating within its borders.

As a result, William Hill Australia went up for sale.

When One Door Closes

However, as these things often tend to go, the company’s forced exit from Australia has opened other doors of opportunity, more specifically, allowing William Hill to expand its business interests and scope of operations to the United Kingdom as well as to the United States.

Philip Bowcock, Chief Executive Officer at William Hill, said in a statement that the challenges posed by the amendment to Australia’s gambling laws have pushed the company in a new direction and that the expansion into the UK and US betting markets came at a crucial time when the betting world was holding its breath waiting on the outcome of the PASPA appeal, which relates to a ban on sports betting in the United Sates.

In the meantime, CrownBet has acquired William Hill’s business interests in Australia. It successfully won the bid against rival bookmaker Sports Bet, and reportedly acquired the company’s assets for the sum of $300m (US Dollars).

CrownBet is an existing Australian bookmaking company, and the newly acquired share in the market place will see the bookmaker’s operations expand into New South Wales as well as Queensland.

The decision by William Hill to expand the scope of its operations into the United States is widely regarded as a solid strategic move on the part of the bookmaker. William Hill has been involved in the American gambling landscape since 2012, when it first positioned itself in Nevada’s Sin City.

Further expansion into the US will no doubt give the company the edge over its European competitors.