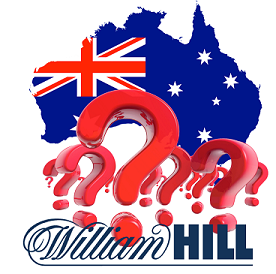 According to Australian media reports, betting giant William Hill is preparing to sell its assets within the Aussie market as it faces mounting regulatory pressures from local gambling regulators.

The bookmaker’s advertising campaign was halted during the Australian Open in 2017 as suspicions about foreign betting operators reached its peak. Shortly afterwards, the UK-based betting behemoth revealed that it was seriously considering leaving the Australian market altogether, citing such moves as putting a considerable dent in its local profitability.

POC Taxes May Cause Further Impact

In a statement to the FTSE 100 last week, William Hill noted that despite enjoying solid performances across all of its operations last year, it was still considering selling its Australian assets. The firm did however note that an alternative would be to join forces with another Australian-based betting firm in order to strengthen its reputation among local authorities, the Financial Times has revealed.

According to the company, the Australian credit betting ban and the likely introduction of POC taxes in multiple states makes it clear that its profitability will be increasingly impacted in the coming months. Thus, the bookie has undertaken a ‘strategic review’ of its Australian division in order to assess whether it would be in its best interests to dissolve it altogether.

It was last year when Australian Treasurer Scott Morrison revealed his intentions to impose a national-scale POC tax regime in order to ‘harmonize’ the taxes that gambling operators pay in the country. This tax regime would require all online bookies to pay 15% taxes to each individual state in which they took wagers from players. At the moment, bookies pay a set percentage of their GGR to the state in which they are licensed.

William Hill has admitted that the new credit betting ban has already dented its earnings, although this effect was soothed by positive betting results in other countries. The measure was introduced in 2017 as part of a reform by the state to lower high rates of problem gambling in Australia.

The bookmaker entered the Aussie market back in 2013 when it purchased local bookie Sportingbet’s regulated operations for $460 million, and Tom Waterhouse just months afterwards. At the time, the industry was one of the most liberal of its kind, but now the tide has turned thanks to political pressure.

Despite this, however, William Hill has still noted an increase of 11% across all of its operations. The firm’s Australian division constitutes just 7% of its overall takings, which came to an impressive $2.2 billion in 2017 alone.