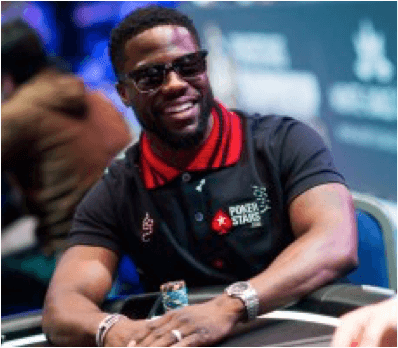 Players at PokerStars platforms can now enjoy the special edition of Bolt-branded Zoom poker, one of PokerStars’ most popular real money game formats. By playing the game, players are able to see their opponents change after each and every hand, which creates unmatched, fast-paced, and exceptionally dynamic action. The game format also enables competitors to fold whenever they wish, as well as to take advantage of the exclusive Fast Fold option.

The Bolt-branded special edition poker also boasts freerolls, in-game missions, Usain-themed puzzles, and many other unique features that have all been based on the star sportsman’s remarkable career.

Bolt To Focus On Passion For Poker After Retiring

Usain Bolt announced his retirement from athletics at the World Championship in Athletics, which was held in London from 4-13 August. Due to his many great achievements during his career, the native Jamaican is considered to be the fastest and most talented sprinter in the world today.

Bolt is the world Olympic champion in the 100 metre, 200 metre, and 4 times 100 metre relay, and holds countless additional titles and medals from some of the world’s oldest and most prestigious sporting events.

Now that the runner is retired from running, he is able to focus on his next passion – poker. Earlier this year, PokerStars announced that Bolt would be joining its team of ambassadors to take part in various initiatives relating to the operator’s online and live poker offerings.

The Stars Group To Focus On Casino And Sportsbook Offerings

PokerStars is a subsidiary of the Canadian gaming firm the Stars Group, which recently rebranded from its original name and brand, Amaya Incorporated. The poker brand has long been its parent firm’s most successful iGaming vertical, generating the bulk of its revenues for years.

The Stars Group posted significant online poker earnings of $202.9 million for Q2 2017. While PokerStars has now established itself as the top online poker brand in the world, The Stars Group has revealed that it will now be focusing its attention on its casino and sportsbook operations, the revenues of which have increased over 50% year on year to almost $90 million in Q2.

The group also plans to pursue merger and acquisition opportunities now that it has rebranded and distanced itself from its past debts. The firm is on the lookout for a suitable casino and sportsbook partner that would ideally boost its performance and lead to expansions into new regulated markets across the globe.