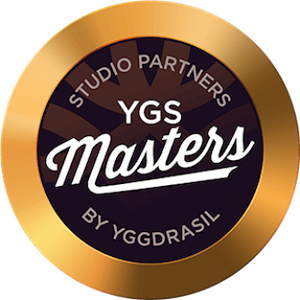 Powerhouse online pokies brand Yggdrasil has added yet another iGaming studio to their YG Masters program. And this time round, it’s the turn of Jade Rabbit Studio to join the powerful growth-accelerating signature product.

According to Jade Rabbit Studio MD Roger Admeus, it’s a delight for everybody involved to be in a position to announce the latest big development. Admeus said that it’s an exceptionally exciting prospect to look forward to Jade Rabbit’s future online pokies being released as part of the YG Masters program and network – especially given Yggdrasil’s GATI technology and its reputation of bringing about escalated growth, an efficient model of network distribution, and incredible promotions all round for operators and players alike.

GATI technology is indeed what drives YG Masters, creating opportunities for developers to distribute their online pokies in a uniform and boosted manner across the width and breadth of the global distribution network.

Several studios have to date joined Yggdrasil’s award-winning network distribution model. This means more premium content than ever before now being distributed across a global player-base.

Up first for release by Jade Rabbit via YG Masters will be the studio’s latest online pokie, Word of Thoth, which is set to go live on May 17.

Ancient Egypt-themed, Word of Thoth is inspired by the god of the moon, writing and wisdom.

Played on 6x4 reels and with a massive 4096 ways to win, not to mention a top jackpot of up to a phenomenal 7,384x the value of bet, the storied online pokies game promises hours of fun and a potential to bag some pretty incredible wins.

Special features and symbols have been included aplenty too, including Scatters, Wilds, Multipliers, and a Free Spins game for free and additional wins.

Excited about the new partnership and thrilling upcoming new release is Yggdrasil Head of Partner Programs, Stuart McCarthy, who commended the latest studio-addition on their commitment to quality and innovation.

McCarthy said the iGaming titan is greatly looking forward to Word of Thoth, as well as to many more joint endeavours in the future.