Today, the name Play’n GO is synonymous with quality pokies and other online casino games. But this respected studio, offering mobile-focused slots in 11 different languages, came from small beginnings. It all changed for the brand when a team of ambitious developers deciding that they could offer the industry more if they risked it all and took a shot at the industry themselves.

The original Play’n GO studio was first founded in 1997, with offices located in Vaxjo, Sweden. But for 7 years the fledgling company existed under the umbrella of bigger studios, acting as consultants for other company’s operations. Then, in 2004 the talented group had a realisation; they could offer better content, and better services if not shackled to bigger corporations. So, the Play’n GO of today was born.

But the group were not without some major benefits, namely; experience. Having consulted extensively in the online casino industry, the team were extremely knowledgeable, and had a keen eye for what worked, and what didn’t work, in the then still young online gambling world. The main approach to the industry the team took that was different, however, was that they focus on having fun.

The unique approach paid off big, with many online pokies New Zealand enthusiasts saying that the brand’s titles exude a unique sense of life and artistry. This is the characteristic that the studio quickly became known for, acting as their personal signature in an otherwise business-focused landscape.

Now, two decades later, Play’n GO is bigger, and more widely known than ever before. Though their expertise has also expanded, with the company now offering not only excellent mobile-focused pokies, but also an extensive range of online casino backend software.

When it comes to online games, Play’n Go offers an impressive variety. The studio is especially known for focusing on digital version of popular table games, with Blackjack being a firm favourite. As many as eight different version of digital Blackjack have been created, each version more finely tuned, and user friendly than the last. Other table game creations include Baccarat, Pai Gow Poker, Caribbean Stud Poker, and three variations of Roulette.

But this doesn’t mean that the company hasn’t also put effort into pokies, most of which have been specifically design for the mobile platform. Most notable are the progressive slots the company has produced, including Gunslinger and Fruit Bonanza. Though 20 other titles have also been developed, covering a broad range of styles. Both classic, and modern reel spinning games are in the developer’s portfolio, all of which have been well received by online pokies New Zealand players. 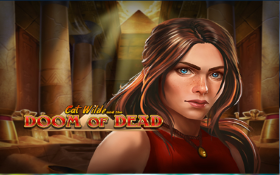 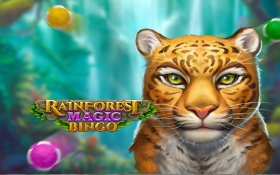 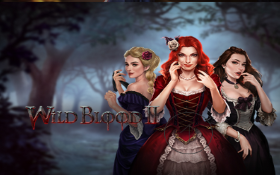 Having worked so long in the slots industry, Play’n GO have also put time into developing online casino-specific software tools. Their in-house created software is amongst the most advanced available, providing state-of-the-art graphics capability, with toolsets that are quick and easy to use. One of their unique, exclusive features is a built-in widget system, which allows mini games to be integrated directly into banner ads, and even emails. This allows for partnered developers and other associates to easily implement engaging, highly advanced promotional campaigns.

Additionally, the toolset allows for quick adaptation to various different requirements around the world, including support for over 30 languages.

Taking The World By Storm

Rising from small beginnings, and growing to become a widely respected industry pioneer, Play’n GO are now amongst the most sought-after iGaming development studio in the world. Their products are offered in numerous regulated markets, and their software solutions are designed with accessibility in mind. Play’n GO is a popular choice with online pokies New Zealand players, and they really do deliver a top class gaming experience at every turn.