Jason and the Golden Fleece slot is based on one of the oldest Hero’s Quest myths in the world and makes a fabulous setting for a reel game. Find out why we recommend this Microgaming online pokie so highly in a review that will take you just over 5 minutes to read.

Microgaming have produced their fair share of online pokies, and although they’re all very successful, some are more likable than others. Jason and the Golden Fleece is a stellar example of an old, rebirthed Greek story that quickly spread like a wildfire amongst a few mobile online casinos in NZ. The older generation will remember it as a 3000-year-old story, where Jason searches for the Golden Fleece in an attempt to reclaim the ancient kingdom of Iolkos. It now runs as a pokies machine, and is popular amongst online betting in NZ for several reasons. 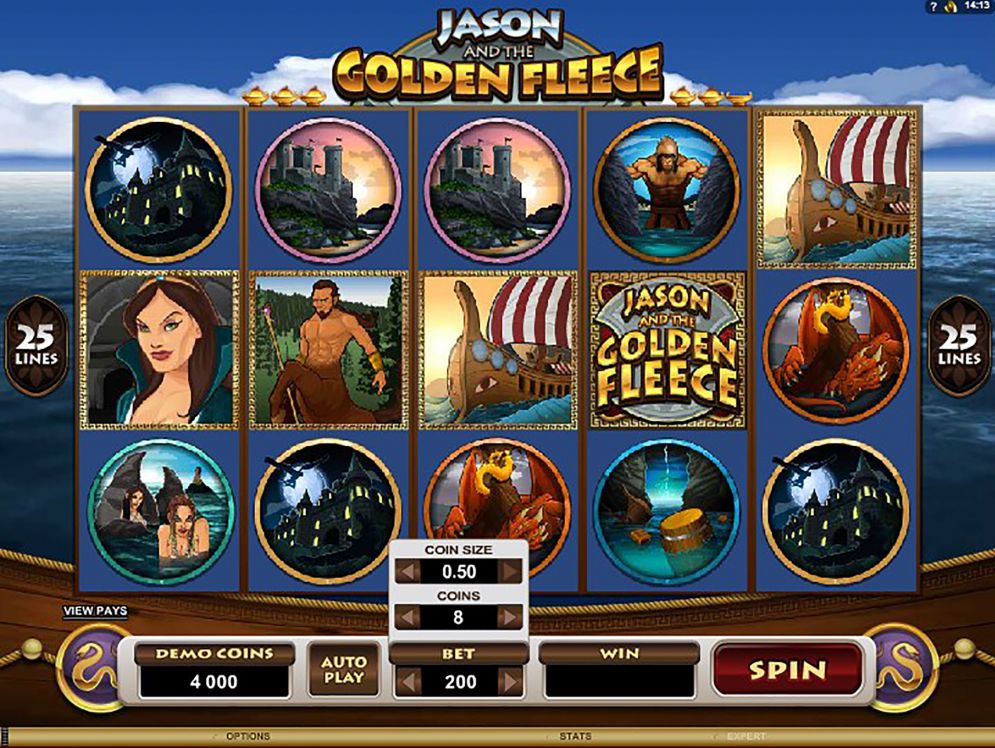 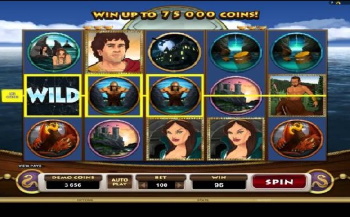 There are Free Spins aplenty, a range of original bonus games that don’t play hard to get and sharp graphics – they’ve all been worked in to ensure a satisfying online pokies and Greek mythology experience. The winning potential that you can yield from all six-bonus rounds and the additional Multipliers is pretty sweet. Fans of online gambling in NZ will be pleased to know it’s mobile-friendly too, so when you pick up where Jason left off, you can still play on the go.

The symbols are, of course, Jason related, so most of the icons from the original story make an appearance here. Both the low and higher values include a bunch of the explorers, namely Iolcus, Mysia, Symplegades, Crete, Sirenum and Colchis. The Fleece stands in as the Scatter symbol, while the game’s logo is the combined Wild and Scatter. Other symbols that you’ll encounter include his ship, the Argonauts, Chiron, Medea and Jason, the leading character.

The Free Spins round is the smaller bonus game, but don’t be fooled by its size - it packs a punch in payouts. It’s triggered when you land at least three of the game’s logos anywhere in sight – you’ll be awarded with ten Free Spins on the spot, and every prize has a standard 3x Multiplier. If you land more Scatter symbols, you’ll re-trigger more spins and the Jason Journey bonus round - it’s the main bonus feature that lets you move from one game to another as soon as you complete Jason’s missions.

When you trigger the bonus game, only one will be made available, but it becomes more frequent the more you reach it. You will need a minimum of three Golden Fleece symbols to start the bonus round. The rounds you’ll encounter include the Iolcus Shield bonus, the Mysia Harpy bonus, the Symplegades Shipwreck bonus, the Crete Wheel bonus, the Sirenum Card bonus and the Colchis Potion bonus. Needless to say, all six rounds are completely unique and loaded with spot prizes, Multipliers, rewards, extra bonuses and extended payouts.

When it comes to mobile pokies, Microgaming has been ahead of the pack for many years! Check out: 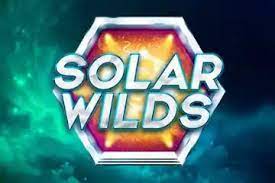 This online pokies game boasts some cool attractions. The main bonus feature, Jason’s Journey, is original in that, unlike other pokies machines, you only progress once you complete Jason’s tasks, and with all those other bonus symbols, wheels and icons, it will always keep you guessing. Also, the dramatic sound effects and shipwreck aura makes the game more believable and fun to play. There are plenty of mobile online casinos in NZ that host gripping online pokies like this one and more, so if you like online gambling in NZ, Jason and the Golden Fleece is something to get excited about!

What is the RTP of Jason and the Golden Fleece?

Are Jason and the Golden Fleece free spins available?

Yes. When you land at least 3 of the Jason and the Golden Fleece slot Wild symbols anywhere on the reels, you will be awarded with 10 free spins. Any wins you accrue during this section of the online pokie are additionally subject to a Multiplier of 3X.

Where can I play Jason and the Golden Fleece for real money?

We recommend you check it out at Gaming Club Casino. This site has games in both Download and Instant Play formats and its multilingual customer support team is available via their live chat portal 24 hours a day.

Gaming Club Casino is mobile-friendly and has been awarded the coveted eCOGRA Seal of Approval, so you know you will always be treated fairly and are never putting your information at risk of compromise.

Can I play for free?

Yes, but remember that you only get to keep any winnings you manage to make if you’re placing real money bets in Jason and the Golden Fleece slot.

What is the maximum payout?

The maximum payout for this online pokie is 25 000X the triggering bet. So, if you have the maximum wager in place when you get lucky, your stand to boost your bankroll by a staggering NZ$125 000!

Who is the software provider for this slot?